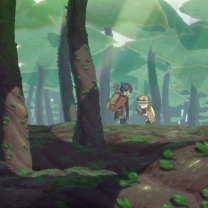 If you’re going down in to the abyss you had better be clever. All sorts of strange creatures are waiting to trick you – and of course eat you! Reg shows them who’s boss.

While the first layer was pretty safe and cheery, this second layer forest bares a lot more danger and threatening creatures. The corpse weepers are quite the tricksters with their ability to mimic someone calling for help. Other than these predatory birds, the inbyos are the only other slight inconvenience on the trip through the inverted forest. Even if not much happens in these episodes they are still such a beautiful display of artistic style and believable character development. The whole point of this series isn’t exactly the goal getting to the bottom, but rather the journey to that goal. I expect a lot of crazy stuff to be coming soon. 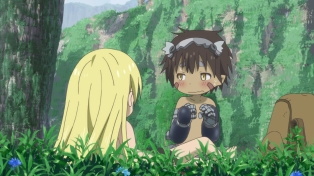 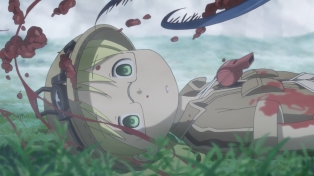 Once again the mix of a somewhat normal art style and a kind of crayon-like style really show off the other-worldliness of the abyss. It seems to be a theme of the animals so far primarily, but you can almost see it seeping in to the backgrounds as things get deeper and weirder. Strange creatures aren’t the only thing present as the duo goes deeper. It’s nice to see some crazy costume designs in the few people we get to see along the way, and hopefully there are at least a few more eccentric white whistles to be met. 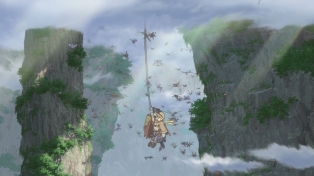 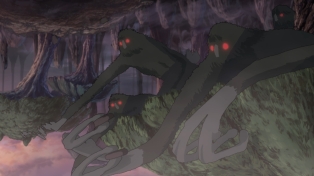 The big development here is Reg’s arm canon. Damn does that thing have some kick – Iron Man has nothing on him. There is a little hint to some other power of Reg’s armor, but it’s left a mystery (I have not read the source material). The most interesting thing is that Riko took this opportunity to compare the giant blast radius of the laser-arm to what she remembers from first meeting Reg, and how focused it was at that time. We know that Reg doesn’t remember much at all from before that moment, who’s to say what he was like before? Perhaps he was on some kind of mission? It’s a wonderful mystery that is slowly unfolding. 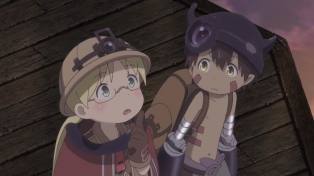 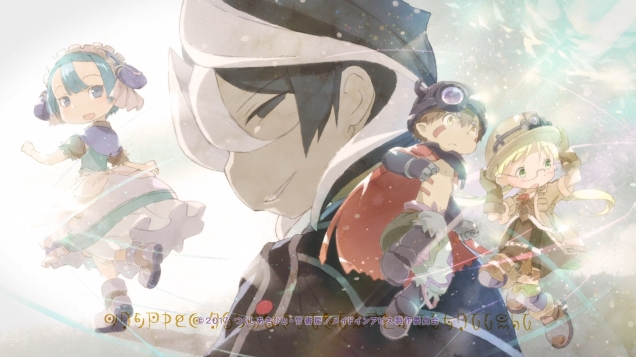