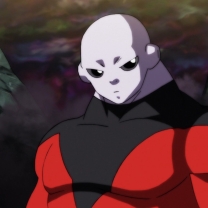 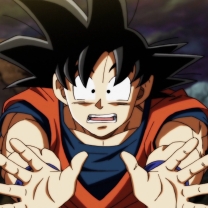 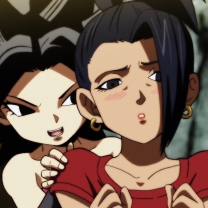 Caulifla and Kale continue to impress as the Pride Troopers present themselves for battle. They don’t have too much to be proud of here though.

“The Impending Warriors of Justice! The Pride Troopers!!”

Gimmicky fighters, everywhere. The Pride Troopers are of course designed as such, with only a few of them being all-around fighters. Toppo and especially Jiren are the clear big badies(?) for this arc, so they will definitely be saved for the end. As noted by Zen-oh and the grand priest, this episode clears up most of the lower powered fighters that can be easily dismissed because of their one-trick ways. Well, at least until next time when the beauty queen universe attacks. With 80 warriors in total, it’s hard to remember or even really know who is left – as some are introduced on the fly. 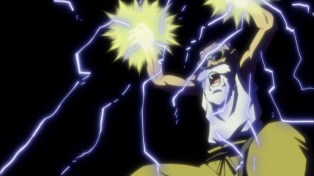 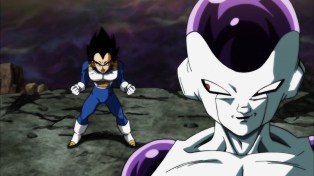 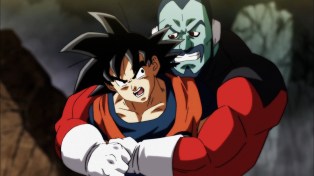 The Pride Troopers of Universe 11 are essentially the Ginyu Squad mixed with Jaco. If you overload us with the combination of two relatively entertaining funny routines it’s just begging for failure. Therefore, the quick expulsion of these five somewhat useless fighters is a good move on the series’ part. Even our hero’s Universe 7 has its useless characters and there are still a few left in the fight – probably not long for this world. This is really classic Dragon Ball style tournament work being delivered in an oddly new battle royale style. It might be a little annoying, but it’s par for the course mixed with a slightly new take, and what else could we really hope for?

The problem with this tournament is that it’s hard to cheer for any of the great characters from other universes because it’s so all-or-nothing. You can’t even be mildly disappointed in the fact that they’re going to lose, because they’ll also be gone forever! There’s just no way that’s happening, especially with the amazing characters we’ve built up with Universe 6 – notably the Saiyans (sorry Hit). Caulifla and Kale are intriguing and likable warriors that bring some super female power to what has been a boys-only club of saiyans for decades. The reveal of Kale in control of her ultra power is especially cool here, and having Caulifla’s willingness to sacrifice herself for her sister is the kind of emotional weight we’ve been waiting for this season. 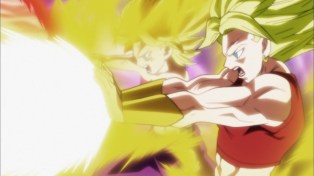 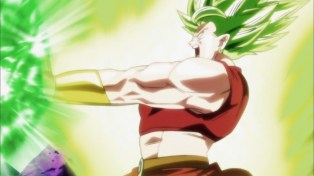 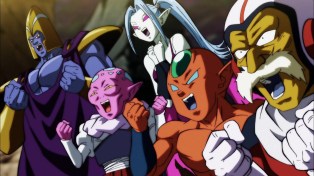